If you Google “how to find a good contractor” for your home renovation, you will likely run across a number of articles telling you not only how to find the right contractor, but also how to build the right team for your renovation. Deep into your research, you’ll learn that a contractor is only one part of the crew you need to professionally remodel your home – you also need an architect, interior designer, and possibly an engineer. What you thought would be hiring a single person has now turned into three which triples the vetting you have to do, the cost you have to pay, and the time you have to spend managing three separate firms.

Once the renovation starts, you’re stuck trying to coordinate three contractors’ separate schedules to form a proper plan. They may not communicate with one another, which means you will oversee the project from the biggest decisions down to the tiniest details while making sure that all three parties and their work crews are on the same page.

What happens if something goes wrong? You become the point of contact. Incorrect measurements, delayed materials, overbooked crews, or poor communication can all put your project, timeline, and budget at risk. You get phone calls at all hours of the day, trying to manage a project that you logistically know very little about. You’ll be getting your dream home, and it will all be worth it in the end, but right now, it’s a nightmare that pulls valuable attention away from your own work, family and other responsibilities.

From an objective perspective, the above narrative doesn’t seem to make a lot of sense. Why is the homeowner, the least experienced person of the bunch, overseeing the project?

Wouldn’t it make more sense if the architects, designers, and contractors all worked together to make decisions instead of using the homeowner as the go-between? That would streamline communication, cut down on errors, and create a much more efficient process.

What many homeowners don’t realize is that a better model than the one above exists. Design-build is a relatively new term, but the concept has been around for centuries. It streamlines communication into one team, bringing together designers, engineers, architects, and contractors, so the homeowner can hire a single team instead of separate firms.

This also means that instead of communicating with multiple parties, the homeowner has a single source of responsibility for the project. The homeowner can make the big decisions and then let an experienced professional can manage the logistics of the massive project. Should anything go wrong, there is only one person that the homeowner needs to talk to. 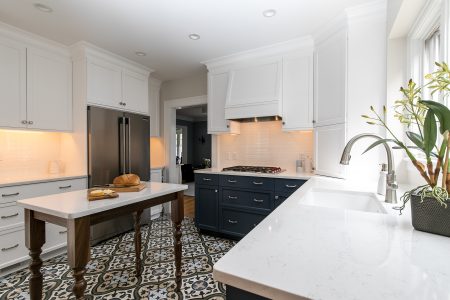 A general contractor (GC) oversees all functional aspects of the construction process and usually has a broad range of experience in all areas of residential construction. A GC will hire subcontractors and is competent to oversee their work, but will not be involved in choosing any of the design features, finishes, or materials for the project.

A design-build contractor provides the same skills and management of a contractor, but also provides direct input in choosing finishes and design features.

A general contractor, for example, would provide measurements for cabinets and install them when they arrive, but a design-build contractor would work with the client to determine the desired style, provide a variety of cabinet options, procure the chosen cabinets, and install them in accordance with the design plans.

An interior designer may assist in those areas but will also advise on changes requiring structural changes, such as removing walls, adding windows, moving plumbing, adding lighting, or replacing the material on a fireplace. An interior designer must be involved before any work actually begins so that the contractor can implement their recommended changes.

Who Does a Design-Build Team Include?

A design-build team will include both the design and build jobs of a renovation. Typically, this means an interior designer, an architect, and a contractor, but it at least means an architect and a contractor. If the team needs any skills outside of their own skill set, they usually have a number of high-performing, vetted subcontractors they work with.

Homeowners who know exactly what they want, don’t need further input, and don’t mind managing their own renovation may be best off using a general contractor. Homeowners who want to make structural changes and need decorating advice may need an interior designer. Those who need both services, the design and the contractor, can still make do with hiring two separate teams.

Homeowners who have a general idea of what they want and need both a designer and contractor will benefit most from a design-build team. The team can guide them through design and construction choices in one seamless process.

That being said, many homeowners who know exactly what they want still choose to go with a design-build team for three reasons:

The bottom line? Design-build teams streamline renovations and create a single source of accountability for the process. Whether you choose to hire your renovation team as separate contractors, architects, and designers or as a team, carefully consider what it is you want.

Thinking about your next renovation? Tell us a little about your project > 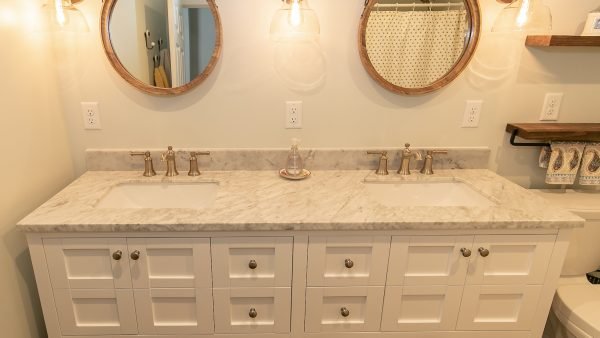 Questions to ask your contractor before you start your renovation.

You have found a contractor, have a planned design, and are ready to start remodeling your home. It’s no secret that remodeling can be stressful, but a portion of stress always boils down to miscommunication between contractors and homeowners. Below are a few questions to ask your contractor…

Time to start thinking about your own remodel befo

This old farmhouse was in rough shape when the Sta

April is lawn and garden month, and we can’t wai

The first day of spring is finally here! Warmer da